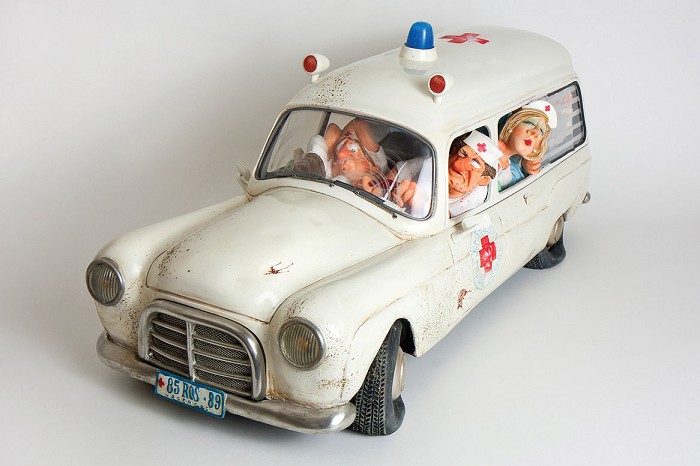 NOTES: The deafening sound of a siren hammered the ear drums of the people in the street.An ambulance crossed town at high speed. Two accident victims with broken limbs, multiple contusions and various other injuries were being transported to the emergency room. A young nurse with an exuberant body and shapely curves was providing very sensual emergency care which made them forget all suffering. Meanwhile, the driver suffered from a slight strabismus though it did not prevent him from swerving dangerously through the hundreds of cars who, at that hour, clogged the roads of the town. He just missed two light poles, grazed 14 cars, hit two motorcyclists and rammed a truck, but his orders were to arrive as fast as possible. The first to be taken to the emergency room was the paramedic who had been sitting next to the driver; he had arrived unconscious with symptoms of cardiac arrest..

The Ambulance 1/2 Scale   by Guillermo Forchino 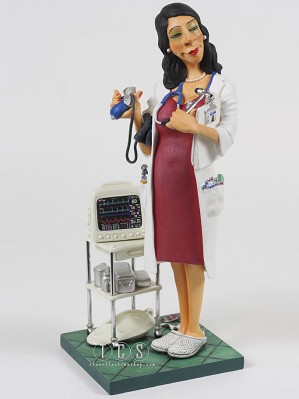 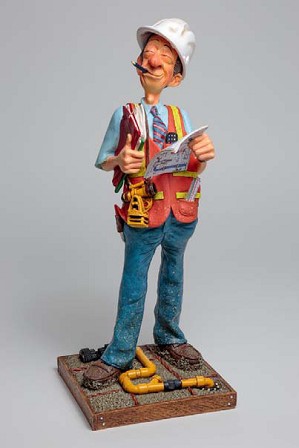 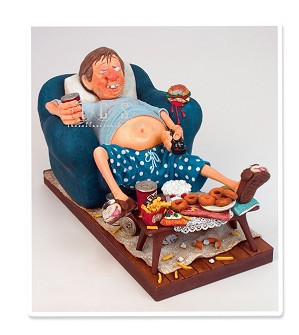 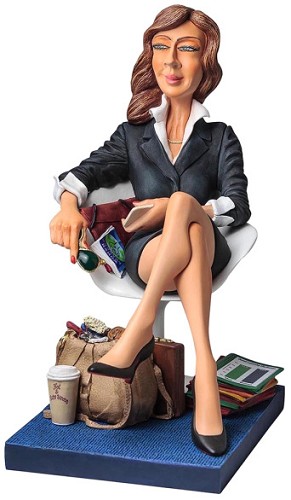 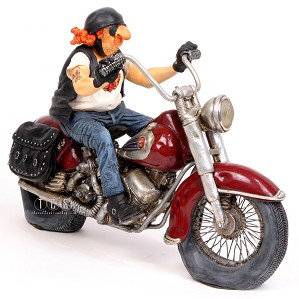 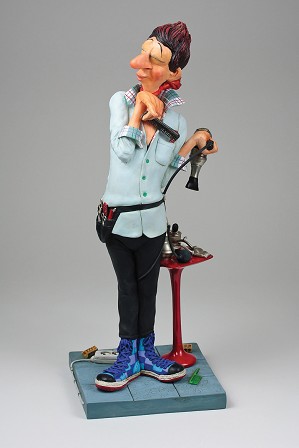