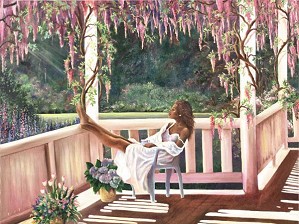 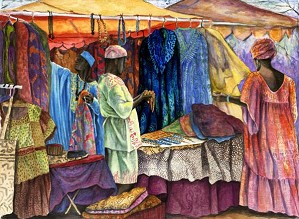 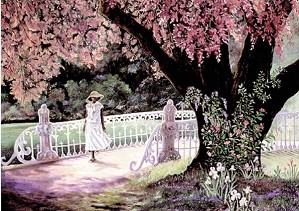 Consuelo Gamboa lived in Mexico as a young girl, where her talents became evident when she was very young. Her earliest childhood memories are of painting, "My mother says I was born with a paintbrush in my hand," Consuelo Gamboa fondly recalls. Consuelo Ferrera Gamboa, her Grandmother and artist, was her namesake and mentor. After completing her formal education in Mexico, Consuelo Gamboa moved to Canterbury, England. In Canterbury she studied watercolor and portrait techniques that have become part of her trademark. Two years later she moved to Paris where she attended the Ecole du Lourve for three years studying Art History. Consuelo Gamboa moved to the United States in 1978, to Southern California. In 1981 that GAMBOA began publishing her art. and in 1987 she formed GAMBOA Publishing and her visibility escalated. Consuelo Gamboa's formal training and natural skills communicate her ability to understand the true feeling of any subject she paints. With this natural ability GAMBOA'S art has been accepted throughout the world.