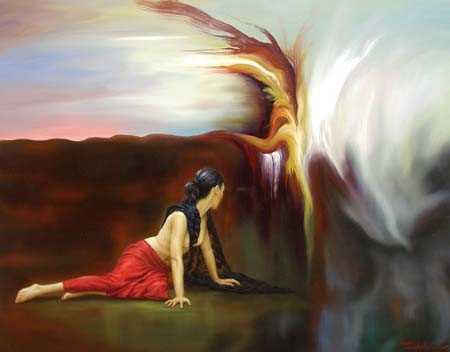 Fidel Garcia Dreams of a Journey

As an option you may also pay for Fidel Garcia Dreams of a Journey using Paypal or with your Amazon Account(*select items). Please note that all orders must be delivered to a physical address verified by Paypal or Amazon. These options are not applicable for orders to be delivered to Military or International destinations.
For Military APO/FPO orders please use our standard checkout. For International Delivery, please click on the International Shipping Icon to see the landed cost to your country. No Sales Tax Except In The State Of Florida.

Dreams of a Journey Giclee on Canvas - MPDREAMSJ

NOTES: Dreams of a journey color and reshape the landscapes of lands as yet unvisited and the expectations of what is to come, for only reality has limitations..

Dreams of a Journey   by Fidel Garcia  is signed by the artist and comes with a certificate of authenticity.

"Art expresses the soul of humanity in our common journey across the ages." The art of Fidel Garcia blends figurative realism and abstract expressionism. His paintings call upon the viewer to experience the concurrency of our corporeal and spiritual selves, the coincidence of reality and fantasy, and the simultaneous existence of the physical and the metaphysical. Rather than simply asking for acknowledgement of these diametric forces, Garcia s paintings assist us in finding the harmony and balance between them. Each image that emerges from his evolving series of canvases explores an unexpected and uncharted inner and outer world of human imagination. Garcia visually explores illusion and reality, the dichotomy of life and the beyond, in his most recent black and white collections. In this series, Garcia explores the variety of drama between life and the afterlife, each image taking an unexpected twist into reality and then into a state of surrealism. From the foundation of his Mexican family and mentors of the dramatic history of Mexican art, Garcia has developed a unique internationally dimensional style that is imaginatively imbued with the visual power of the Renaissance artists, artist of the Spanish Baroque Diego Velazquez, American artist John Singer Sargeant, French Ecole des Beaux-Arts artist William Bourguereau, and modern artists Salvador Dali and Gustav Klimt. As with so many of the great Masters, Garcia s unique vision is an expression of his own spiritual journey. Garcia s father also had a unique artistic talent, which he sacrificed in order to provide for his wife and seven children. When Garcia s artistic ability manifested itself at the age of seven, his father supported and encouraged its development resulting in early recognition of Garcia s talent during his childhood. When he reached manhood, Garcia met and married Maria Violetta, who also supported his calling as an artist. With the pressures of providing for his young family, Garcia faced the same decision his father had faced decades earlier – whether to continue to pursue his artistic career with all of its instability and uncertainty or to abandon that calling in search of a financially stable profession. Ultimately it was the support of his father, his wife and a brush with death in a bus accident which claimed the life of his closest friend – a fellow painter who was passionate about Garcia continuing his artistic career – that convinced him that he must continue to answer his true calling. "For me, success as an artist means that I am able to live my life with creativity and joy." Over the last two decades, Garcia s unique artistic vision has gained recognition throughout his native Mexico and in Spain, resulting in numerous exhibitions, awards and museum placements including the National Museum of Spain, the Puebla Historical Museum and the Amparo Museum in Mexico. The recent introduction of Garcia s work to the United States is drawing further recognition. 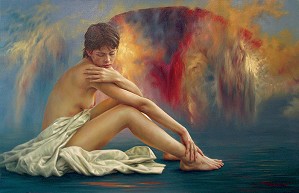 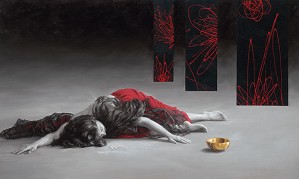 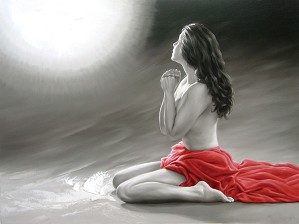 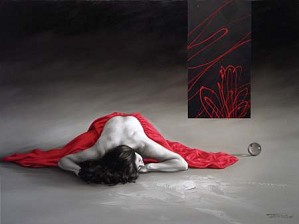 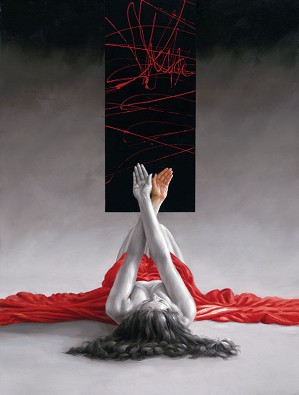 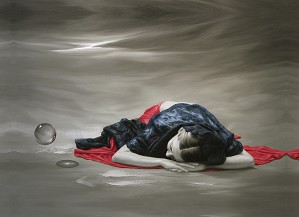