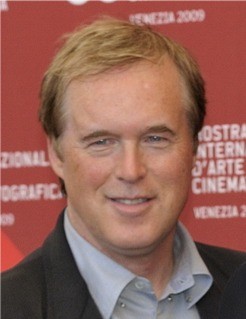 Represented by The Collection Shop Updated on Sunday, April 11, 2021

Phillip Bradley "Brad" Bird (born September 24, 1957) is an American film director, producer, screenwriter, and actor, who began his career as an animator. Bird developed a love for the art of animation at an early age and was mentored by Milt Kahl, one of Disney's legendary Nine Old Men. He was part of one of the earliest graduating classes of the California Institute of the Arts alongside John Lasseter and Tim Burton. Afterwards, Bird worked as an animator for Disney and wrote the screenplay for Batteries Not Included (1987). Bird served as a creative consultant on The Simpsons during its first eight seasons, where he helped develop the show's animation style. Afterwards, Bird left to direct his first animated feature, The Iron Giant (1999), which fared poorly at the box office but came to be regarded as a modern animated classic. He rejoined Lasseter at Pixar in 2000, where he would develop his second picture, The Incredibles (2004), and his third picture, Ratatouille (2007). Both films place among Pixar's highest-grossing features and gave Bird two Academy Award for Best Animated Feature wins and Academy Award for Best Original Screenplay nominations. In 2011, Bird transitioned to live-action filmmaking with Mission: Impossible  Ghost Protocol, which became the highest-grossing of its franchise. His latest film, Tomorrowland, starring George Clooney, was released in May 2015.